What is a Records Schedule?

General Records Schedules (GRS), or Records Retention and Disposition Authorities (RRDAs), dictate to offices throughout the state of Wisconsin how long to keep their records (called the retention period) and what to do with those records once that time has passed (called the disposition instructions).

UW-Superior produces many records which are scheduled under General Records Schedules (GRS). The RRDAs cover record types produced by multiple offices. Some units at UW-Superior may also be covered by specific records schedules, which dictate retention and disposition of records for that office only.

Under Wisconsin state law, records may not be destroyed unless they have been scheduled under an approved RRDA. All records schedules sunset, or expire, after 10 years, at which point their associated records groups must be re-scheduled. For a full list of Schedules under current use by all UW campuses, see UW System Office of Compliance & Integrity. Campuses may also "opt in" to Schedules created for all State Agencies. A full list of those employed by UW Superior are also provided below.

The following General Retention Schedules are for use throughout the UW-System. Click on the appropriate schedule below. See also the UW-System Office of Compliance & Integrity website for more on Records Management schedules and resources. Be aware that portions of your records may fall under several different records schedules. Contact the Archivist with any questions. 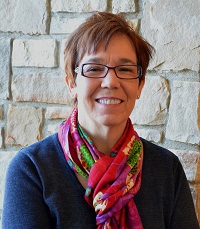 Transferring Materials to the Archives

The University Archives is the official repository for the permanent, historical records of UW-Superior. Use this step-by-step guide to assist you in transferring records to the Archives. Prior to sending materials to Archives, you will need to work directly with Archives staff to: A) complete a transfer form and B) request and complete an inventory spreadsheet.