Learn about resources available through the UW-Superior ARC, a branch of the Wisconsin Historical Society.

Manuscript Collections at the Superior ARC

The smaller part of the Superior ARC's collection are manuscripts. Manuscript collections are historically significant papers and records created by individuals, businesses, and other organizations throughout the course of their activities. The materials include letters, diaries, legislator's papers, business records, records of social clubs, and many other types of materials. 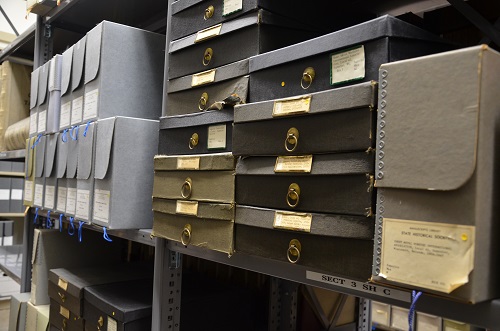 Records of a club founded in 1893 "to promote the moral and intellectual development of its members." Originally called the Women’s Club of West Superior (often referred to as the Ladies’ Literary Club), the organization changed its name to the Superior Woman’s Club in 1926. Until World War II the members focused on projects, issues, and topics traditionally associated with the woman’s sphere: home hygiene, domestic economy, infant care, etc. After the war years, club activities focused on major projects to benefit the community, such as founding the Djordje Kostic Institute for Audio-Linguistic Studies. The collection includes minutes, financial and membership records, extensive scrapbooks documenting club activities and community improvement projects, photographs, historical information, the constitution and bylaws, and incorporation information. There are also brief records of the Djordje Kostic Institute.